IRENE CAESAR, PH.D. ON HOW TO BUILD MATRIX CITY 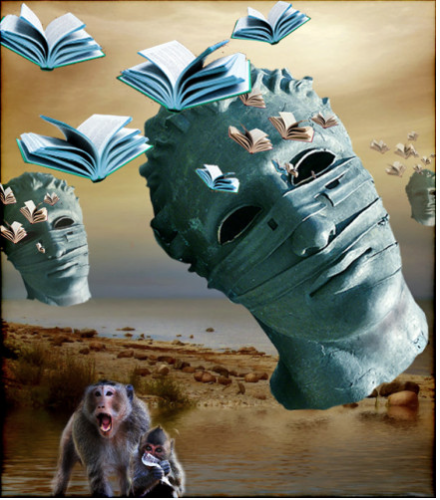 By: Irene Caesar, Ph.D., Colonel of the International Irkutsk Cossack Military, Ataman of the Cossack Embassy in the United States, Co-founder of the Consortium “Matrix City” with the Institute for National Security in Moscow.

SUBSCRIPTION INSTEAD OF MEDICATION

The problem with digital insulin seemed to be the fact that digital insulin meant cure. People get cured from diabetes, even type 1. This takes a sick person off the insulin market, and, as a result, the insulin producer loses money. If the technology produces mass healing, the insulin producer would sooner or later get bankrupt. But this is a major misunderstanding of the information-wave technology. This technology is in fact a subscription, rather than simply a cure. You get your own personal matrix in digital form, recorded onto the MINI-TESLA generator. Then, you connect your personal generator every week to the information-wave center, which corrects (tunes) your personal wave matrix, and combines it with digital drugs if needed.

Russian scientists are serving farms with lasers and generators already for many years for the sake of manifold increasing the crop yield. They do not sell generators – they sell only the service. The same can be done by Big Pharma, after it switches from the analog to the digital. This model of “subscription” or “contract” will involve much more people into the information-wave system than it is now involved by Big Pharma.

Young people can get the service for enhancing their mental and physical abilities. It is possible to enhance sexual performance, and take vitamins and other supplements in the information-wave form.

I believe that in one generation, everybody will be using this technology in every aspect of life. Those who will accept this technology will get a chance to live for 200 years and longer. In 10 years from now, “getting one’s maintenance via information-wave technology” will be like brushing one’s teeth every morning.

I believe that information-wave technology has nothing to do with chipping the population. Chipping the population is the AI paradigm, when the choice is alienated, and the holographic principle is violated. The AI cannot in principle perfect human wave matrices or create a superman (Übermensch), who will be more perfect than humans. Human matrices are “uncreated”, non-local, that is — eternal, indivisible, and infinite, while AI is “artificial”, limited, divisible, and finite in virtue of definition. AI can in principle only assist in having healthier children.

That is why psi-generators should not be in-built in the human body, but only added to it as a kind of amulets of the psychotronic era. Man is himself a powerful and most perfect generator. Having audacity of installing into a human a generator that is supposed to “control” or “rule” the human is laughable.

I will give you an example so that you understand what I mean. There are clearly two paradigms of Übermensch right now. The first one is a NATO “transformer”, stuffed with nanobots, who is a paradigm of cut-and-paste genetic engineering on the bio-chemical-cyber level. The other paradigm is Russian paradigm of non-contact combat. We can enhance a Russian soldier from Special forces with psi-generators, as, in fact, Dr. Diashev does, but we cannot substitute a generator or chip for his mind or “eidos”, which is quantum infinity itself, non-local and entangled with everything forever. The matrix is the energy structure, which has a wave component of indestructible omnipresent nature, i.e., quantum non-locality and quantum entanglement. This infinite wave literally gives life – it heals, increases life span, and gives joy.  The point of building Matrix Cities is to have such architecture, agriculture, medicine, industry, energy, education, and all other sides of human life, so that they all have access to this wave component.

That is why the agenda of Matrix Cities would be the cultivating of operators who would be producing wave matrices. This cultivation should be voluntary. And those who do not want to join should be left alone. Lasers and generators will constitute the INNER CORE or the NUCLEUS of the Matrix City under the protection of agencies for national security.

The NUCLEUS will consist of concentric circles with centers for the production and conservation of wave matrices.

The center of NUCLEUS will consist in the production of non-fossil fuel generators of energy.

The conservation center will take care of the wave matrices banks for the Matrix Zone.

The NUCLEUS will handle the production of bioactive water, which itself is a generator.

The NUCLEUS will regulate all forms of life in the Matrix Zone, from organism to species, from bacteria to man.

The NUCLEUS will produce lasers and generators.

Around NUCLEUS, there will be a protective perimeter.

Over the protective perimeter, around the NUCLEUS, there will be concentric circles with housing for operators, their centers for education and cultivation, the Secondary Production Centers, and the Subscription Center.

Matrix City will handle subscription to its service. Service should be provided via personal mini psi-generators, which should be connected to the information-wave system of the Matrix City through the internet at least once a week.

The Secondary Production Centers will consist of farms as agro-factories and industrial park, which will produce all components of information-wave technology — bioactive construction and industrial materials, wave pharmaceuticals, etc. The country should be divided into the Matrix Zones. Each Matrix zone should have its own Matrix City, which would serve its zone with wave matrices.

It looks like, advanced people will gather in special zones which are serviced by the Matrix City, the same way as now those who can are looking for areas with better schools for their children. These zones will be ecologically pure, with bioactive architecture, and bioactive water. These zones should accept everyone who wants to join, independently of money. The only condition should be the acceptance of a connection to the Matrix City. But nobody should be forced to join.

This condition will put down all accusations that Matrix Cities are a new exploitation device and a new segregation device. In fact, Matrix Cities should take care of personal, racial and national uniqueness and survival as much as the rare animal species are protected by the Red Book. DNA wave matrices banks should preserve all the variety of human genome.

Generators and lasers producing wave matrices should be protected by the state and agencies for national security.

Matrix Cities should have their own Charter, i.e., be special, semi-military zones, because ultimately this is a more powerful weapon than nuclear bomb, and, if used peacefully, generators will be more desirable thing than gold.

It is completely clear that without the control from the state and agencies for national security, this technology cannot be commercialized in principle. Matrix City is basically a conversion of psychotronic weapons into peaceful applications in industry, medicine, agriculture, etc. WHY THE IDEA OF THE GLOBAL ARTIFICIAL INTELLECT IS WRONG

We, Russians, can control biosystems, climate, and geophysical processes remotely via the remote laser signal AS OF TODAY. Global Artificial Intellect (aka “Internet of Everything” / “Internet of Things”), BCI (brain-computer interface), and nano chips are all OBSOLETE technology, and simply a cyber weapon.

This weapon of mass destruction is built by the Satanist-Zionist Alliance not simply against the union of our nations living in Eurasia, but against humankind as such. The ideology of global genocide of the B’nai B’ritish elites is based upon the belief that the earthly resources are limited and exhaustible, and the increase of population would lead to the economic collapse and ecological catastrophe.

But, with the Russian information-wave technology, we can have the unlimited access to energy, resources and food via the process of transmutation from the Quantum Vacuum AS OF TODAY.

The idea that machines are smarter than humans is WRONG.

Each hologram contains the indestructible and uncreated component, since the infinite and eternal universe is entirely in its every part (the holographic principle of quantum physics). Humans are such bioholograms (wave matrices).

On the contrary, machines are created, and are not holographic in virtue of definition — they do not have the indestructible and uncreated component (the infinite wave). That is why the Zionist-Satanist idea of the superiority of machines over humans is A LIE.

The Zionist-Satanist paradigm of the Global Artificial Intellect with brain chips (BCI) is simply suicidal for any sentient life on this planet.

The survival of humankind and any sentient life on this planet depends upon the political will of the union of our Eurasian nations (from the North Pole to the Indian Ocean and Pacific Ocean) to resist the suicidal drive of the Zionist-Satanist alliance and its geopolitics of global genocide. 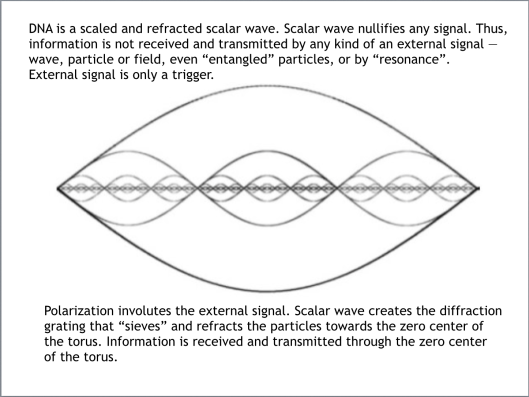 DNA is a scaled and refracted scalar wave.